Not of this world—that’s the first impression one gets when observing the mysterious halo in the sky, an effect which arises through the reflection and refraction of light on ice crystals.

Our model of walnut and shimmering tiger's eye is dedicated to these unique celestial phenomena! 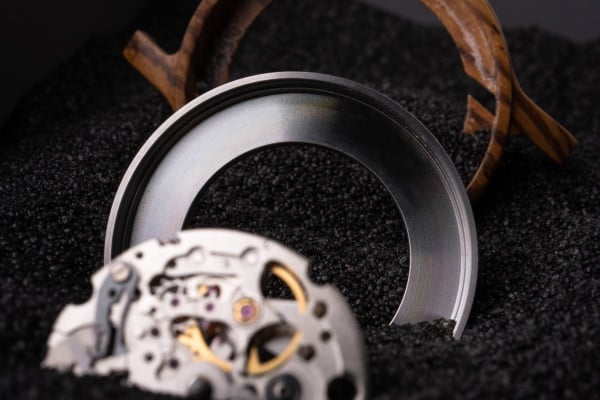 Our Metal-Core technology has been especially developed in order to make our watch constructions with natural materials even more durable. With timepieces that have this special type of construction, the clockwork is encased in an airtight metal jacket that guarantees a waterproofness of up to 5ATM.
We thereby unify the best of two worlds: natural diversity of materials & the longevity of our designs.

Timepieces with Solar-Tec movements use a source of energy that should be applied to as many of life’s situations as possible: the power of the sun.
Choose a model with Solar-Tec and forget about the problem of a battery change that comes with Quartz watches or the need to wind up automatic models.
With highly efficient solar panels and a battery runtime of 6 months or more, your watch with Solar-Tec will never let you down. 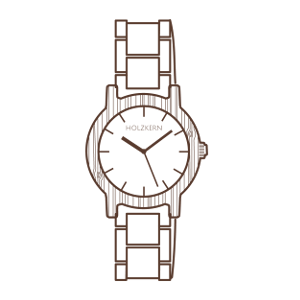 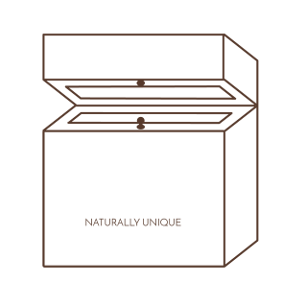 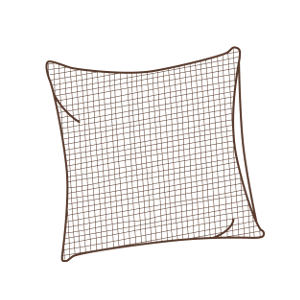 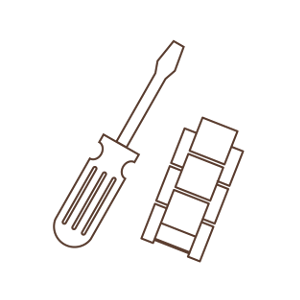 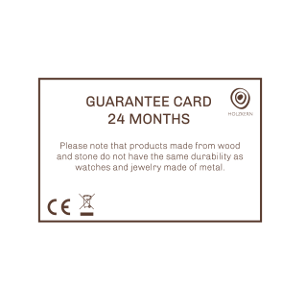 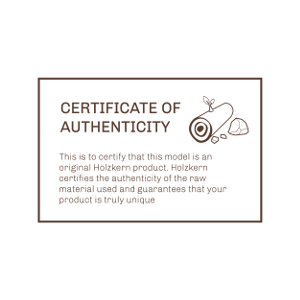 How do I adjust my watch to the perfect size?

With so many different designs, there’s definitely the perfect model for every wrist size. Our watches with linked bracelets can be easily adjusted to any preferred length.

Additional bracelet links and the necessary tools are enclosed free of charge so that you can immediately adjust your model to your individual wrist size and wear it.

The leather watch straps and vegan alternative straps in our product range come in industry-standard sizes. For particularly short or long watch straps, you’re sure to find what you need at your trusted specialized watch or jewelry dealer.

What is delivered in the package contents?

Every single Holzkern product is delivered in a high-quality solid wooden box in which your piece of nature can be safely stored. The wooden box is lined with cork, which optimally protects your model during transport or storage.

The cork that comes with our watches and Bandlets is reversible and inscribed on both sides respectively with the sentence in German - “So einzigartig wie du”, as well as English - “As unique as you”.

For all models with linked bracelets, we additionally send the matching extension links including tools free of charge. In this way, you can individually adjust your personal piece of nature and immediately start wearing it. :)

How does a solar watch work?

If you’ve decided on a watch with solar movement, starting it up works a little differently. In this case, there is an inbuilt battery that is recharged via the energy of the sun or a light source.

In order to charge your solar watch, remove the protective foil from the glass and charge it for a minimum of 5 hours in direct sunlight. Particularly in months with less sunshine, the watch should be charged under a lamp (at a distance of 20cm) for 60 hours (30W lightbulb/6W LED/Lumen 375) because the sunlight is slightly too weak to recharge the battery.

Please note that your solar watch shouldn’t be exposed to excessive heat (e.g. the blazing midday sun) in order to avoid damage. As soon as your model is recharged, the battery will last for at least 4 months without the need to recharge your watch again. When the seconds hand begins to tick in 2-second intervals, it’s a sign that your timepiece needs light again and should be recharged.

In case your model has a variety of functions, like e.g. a date display, a dual time display or a chronograph, get to know these functions in advance in order to maximize the full potential of your watch.

Products from this collection

Sign in or create a free-of-charge Premium Club account, automatically collect points for every purchase and experience all the great benefits at the World of Holzkern. Learn more